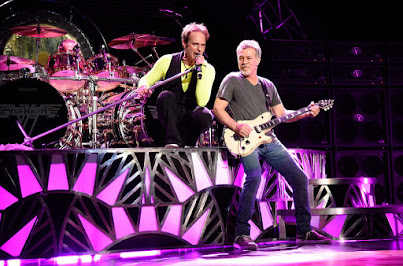 Following the death of Eddie Van Halen on Oct. 6, his namesake band’s catalog of songs were streamed over 31 million times in the U.S., according to initial reports to Nielsen Music/MRC Data.

The group’s 1978 self-titled debut album (which includes "Runnin' With the Devil" and "Eruption") sold nearly 6,000 copies on Oct. 6-8 (the act’s biggest-selling album in that time frame) and could re-enter the top 50 of the Billboard 200 albums chart dated Oct. 17 (reflecting the sales and streaming week ending Oct. 8). The band’s 1984 album (which contains “Jump,” "Panama" and "Hot for Teacher") may also stage a return to the list, as could the greatest-hits package Best of Volume 1.